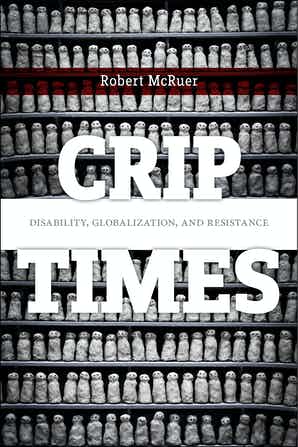 Contends that disability is a central but misunderstood element of global austerity politics.

Broadly attentive to the political and economic shifts of the last several decades, Robert McRuer asks how disability activists, artists and social movements generate change and resist the dominant forms of globalization in an age of austerity, or “crip times.”

Throughout Crip Times, McRuer considers how transnational queer disability theory and culture—activism, blogs, art, photography, literature, and performance—provide important and generative sites for both contesting austerity politics and imagining alternatives. The book engages various cultural flashpoints, including the spectacle surrounding the London 2012 Olympic and Paralympic Games; the murder trial of South African Paralympian Oscar Pistorius; the photography of Brazilian artist Livia Radwanski which documents the gentrification of Colonia Roma in Mexico City; the defiance of Chilean students demanding a free and accessible education for all; the sculpture and performance of UK artist Liz Crow; and the problematic rhetoric of “aspiration” dependent upon both able-bodied and disabled figurations that emerged in Thatcher’s England.

Crip Times asserts that disabled people themselves are demanding that disability be central to our understanding of political economy and uneven development and suggests that, in some locations, their demand for disability justice is starting to register. Ultimately, McRuer argues that a politics of austerity will always generate the compulsion to fortify borders and to separate a narrowly defined “us” in need of protection from “them.”

A powerful, inventive, galvanizing book, explicitly and insistently theorizing the centrality of disability to the politics of austerity, without ever resorting to polemic, yet never satisfied with mere critique. Crip Times is a necessary book for our times.”

Although neoliberalism constantly tells us There Is No Alternative, McRuer meticulously documents and analyzes those who, as the late Manning Marable urged, celebrate our passionate discontent with the way things are.”

A brilliant, ambitious, and wide-ranging book, Crip Times reveals the centrality of notions of disability to global austerity politics. McRuer has crafted new, original, and dazzling theoretical architectures with which to move forward.”

Crip Times demonstrates the hallmarks of Robert McRuers scholarship, highlighting his formidable skills as a writer and theorist. We’ve needed a text like Crip Times to unpack the cultural logics of neoliberalism as it attends to disability and austerity, and McRuer does so with an approach that transcends disciplines and national contexts.” 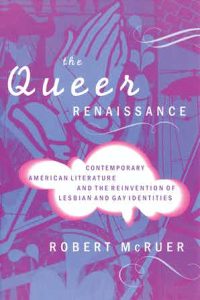 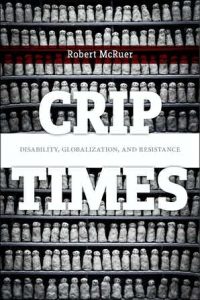 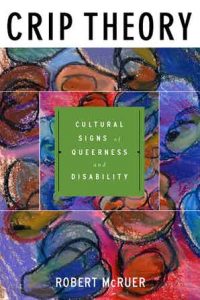 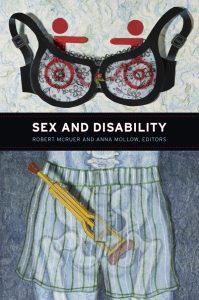 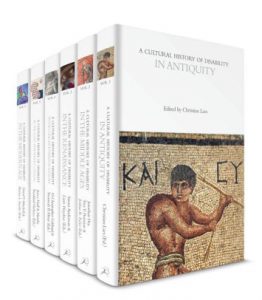